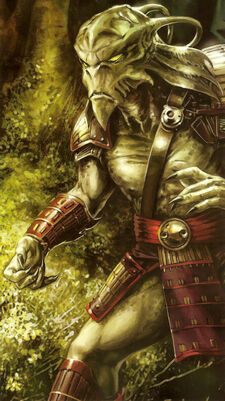 Ten years after the rise of the Empire, the known galaxy in gripped by the tyranny of the Emperor Palpatine. The Jedi Knights, the once great order, has not only failed to protect the Republic, but has been decimated by the Emperor’s servant Darth Vader. The Dark Lord of the Sith hunts down and kills those Jedi who managed to survive in hiding. But the oppressed have begun to organize, and with the covert support of Senators who seek a return of the Republic, the Resistance begins to take form. This is the story of some who are ushering in the Dawn of Defiance.
This is the blog about my Dawn of Defiance Campaign run in the Star Wars universe set about a decade before the events of Star Wars IV: A New Hope (9 BBY). The campaign uses the Star Wars Saga Edition rules published by Wizards of the Coast and was written as a set of 10 connected adventure modules by the authors of the system and release as free downloads.
They are mostly well written, and I am running them with my home gaming group of more than 2 decades. I have also made changes (as always 😎 which I will periodically post along with their adventures. Without further ado, the protagonists.
Shroon-kor: A male Kel-dor Jedi padawan with great promise, and great struggles. Down 8 hp before Vital Transfer. XP: 15,750
Ehred: A female human Jedi padawan. Contemplative and determined to stay far from the darkness of her Dathomiri bretheren. XP: 18,750
Tex: Taung warrior. Rescued from slavers by Jedi, lost wife and sons. XP: 18,750
Bob-Nob: A Twi’lek who supports the Resistance, in return for their credits. With a knack for robotics, he is never far from his support droids. XP: 17,750
Bob-bob: A medical droid, Bob-Nob’s programming has been altered for “proactive protection.” XP: 13,750
TS “Sparktacus”: A former mining droid, he searches for his master. Currently damaged by Stormtroopers, and not fully repaired (hard to do). XP: 17,750
Nai-Keego: Not all are cut out for the Imperial Navy, even if you have the skills if you happen to be non-human. A Bothan pilot, Nai-Keego joined up with the Resistance, taking along with him his trainer Z-95.
@~46 hp after Medpac. XP: 16,750
Har-har: A Gungun Jedi, who has recently joined up with the Resistance. @ 23 hp after Vital Transfer. XP: 12,750
[Game Notes]
Campaign Changes
House Rules in Effect (and when they started)
a.     Roll stats rather than set
b.     May re-roll hp with Force Point
c.      Droids get Syntax Points (basically, Force Points)
d.     Using Force Point to avoid death costs ALL Force Points (Part 4)
e.     PC’s only get 1 Destiny Point per character level PLAYED (Part 4)
f.      Use the Force changed multiple times. Currently, Skill Focus only available to Knight Prestige class.
g.     Extra talents at base class levels 1, 4, 7, 10, 13, & 16. **Note, 1st level Talents must be from different trees. Also, this 1st bonus talent is not obtained when multi-classing into another class (just as not all starting feats are received.)
h.     Force Powers take 1 step longer to use. Practiced Force User Talent to reduce back one-step.
i.       Can only learn Force Powers with a teacher.
j.       Vital Transfer can’t be used to heal Vital Transfer (Part 4)
k.     Block and Deflect are one Talent
l.       Lightsabers deal 2d12 damage
m.   Movement: Diagonals cost 1.5 squares as D&D 3.5 (Part 3)
n.     Starship: Can flee a Dogfight as free action, but gives every opponent free critical attack from full attack. (Part 5)
Misc

I just finished watching episode 2 in preparation for running the next part of my Star Wars Dawn of Defiance Campaign. I had been working on the encounters as we gear up for our next session, and over this past weekend, I had an opportunity to visit some friends in Indianapolis. During the visit, my old Star Wars Old Republic game group was getting together to go see the re-release of The Phantom Menace in 3D – so, as much as I didn’t want to give any more money to Lucas, I wanted to share the experience with them. It was fun reminiscing about waiting in lines for 9 hours at the original release and whispering to my friends as the MANY kids in the theatre ooh-ed and ahh-ed at the spectacle – but, I still couldn’t help cringe at each mention of the midiclorians, and the “will of the Force”.

Anyways, with that background, and swinging by the Disc Replay to pick up a copy of Star Wars: Clone Wars, and Star Wars: The Clone Wars season 1, I thought it would flow well to watch Attack of the Clones again since I hadn’t seen it since the original theatrical release; so I picked up a DVD of that as well.

Well, I gotta say that my opinion of it hasn’t changed. The lines were so bad (especially between Anakin and Padame!!!), the storyline so contrived at times, the “wise” Jedi so clueless, and the directing so bad that it made excellent actors into bland cardboard actors, that I couldn’t help muttering and spouting off how just plain DUMB the lines were… and I thank my poor wife for putting up with me as she quietly read her kindle next to me (I was wearing earphones).

It was especially appalling as I decided to prolong the pain and watch some of the deleted scenes and featurettes.What particularly struck me, and pushed me over the edge to write this tonight instead of waiting until the morning, were the interviews with Natalie Portman. Now, she’s been one of my favorite actors since I saw her in The Professional when it came out – and it was quite telling when SHE HAD MORE EMOTION IN HER FACE DURING THOSE 45 SECONDS THAN THE ENTIRE MOVIE PUT TOGETHER.

The greatest tragedy in my opinion (and there are quite a few in the prequels)? Every action sequence is a reminder of how much cooler this whole triology could have been if Lucas had been content to let someone else write the lines and direct, and he went hands off after the initial vision… kinda like for Empire – the best of the saga.

So, I hope my players appreciate the pain I put myself through to give them a good time and immerse them in the Star Wars Universe.