i.    Returning to Sandpoint, they decided to keep Aldern’s death and subsequent undeath a secret.

ii.     Camla went to store to get an airbladder for Gragdar’s newest goblin ghast acquisition

2.     Camla couldn’t hold it in and said yes, and that he was punished. Ven retired crying and thanking Camla.

3.     He saw Orik in the shop with Shayliss, and Orik helped him find the bladder.

iii.     They filled in the Sheriff and Mayor.

1.     They requested that everyone be armed and trained. Mayor said it’ll have to be run by the elders.

iv.     They got a card reading by Madame Mvashti

v.     They got summoned by Brodert and told more history about the Sihedron, as well as that some kids went to Chopper’s Isle and found an opening.

vi.     Heroes decided to go to Magnimar as soon as possible.

i.     Camla and Derik went to Aldern’s house disguised as Aldern and a guard. They got to the upscale Naos neighborhood, and paid for a porter to clear the way for them to the townhouse.

ii.     The others flew in by bat and walked in. They had trouble getting through the guards at Naos, and had to sneak in.

iii.     Camla and Derik arrive at the house, and bluff their way in. But are shocked at suddenly seeing Iesha in there. And then are ambused by the “servants” – all four of them turning out to be faceless stalkers!

iv.     Vaelmorn, Gragdar, and Sharptooth arrive in time to turn the tide of battle.

v.     They manage to capture one alive, and questioning him, learn that they were hired by Aldern, but knew of his transformation. They also learn that Aldern had a visit from a woman and a pale elf some 4 months previous. They find the deed to the house, and the mention again of the Brothers and the Seven’s Sawmill. 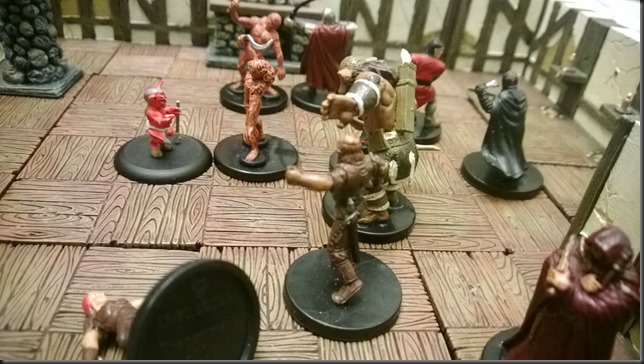 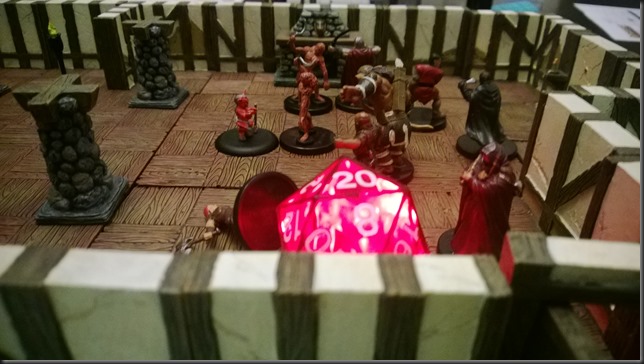 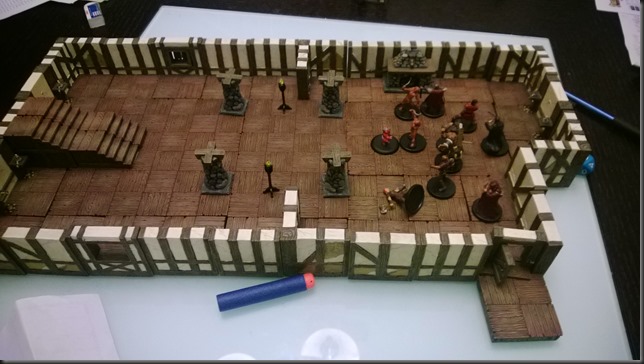 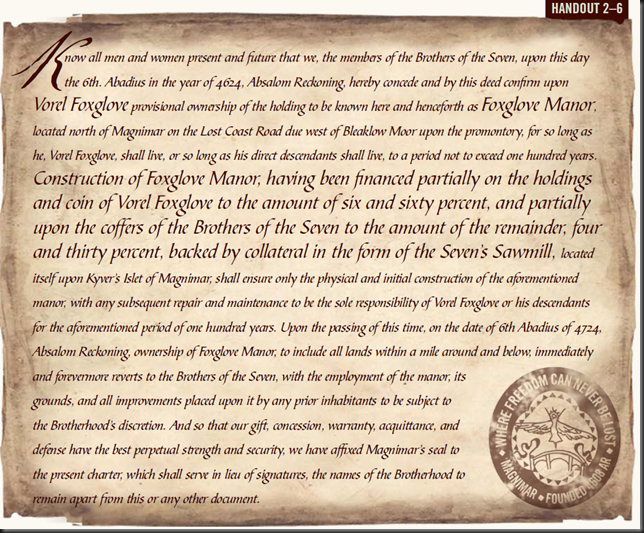 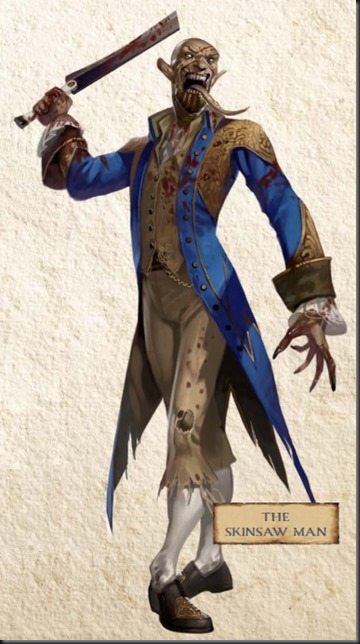 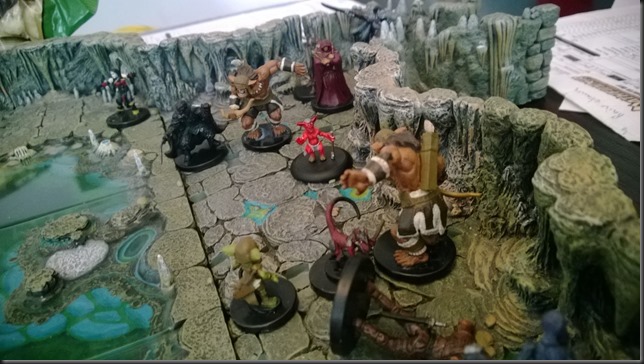 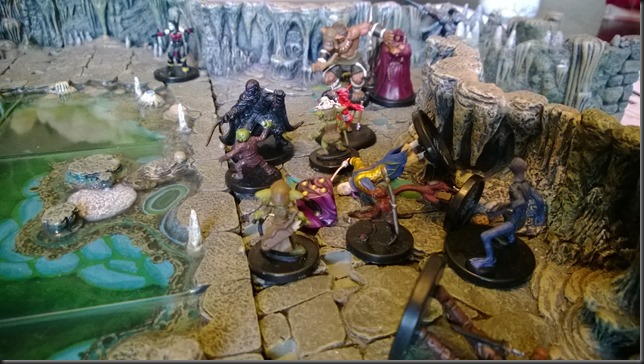 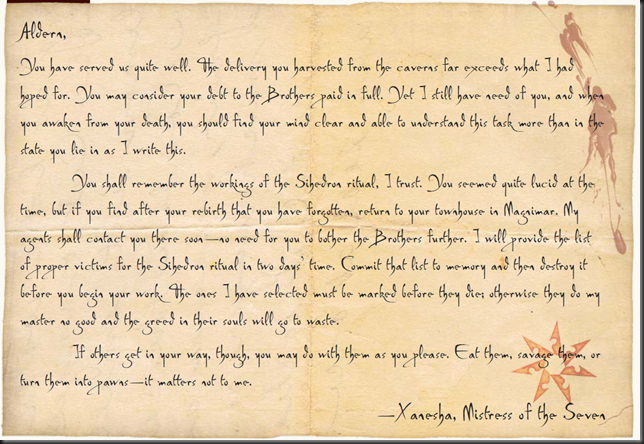 In damp foundations of Foxglove’s manorhouse, ancient construction leads to some caves, inhabited by the same undead.

Listen, in the distance, is that them? 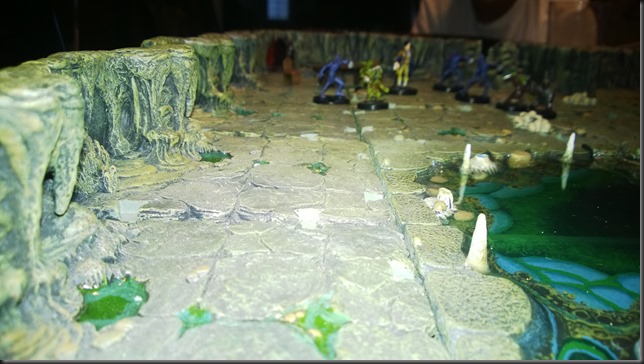 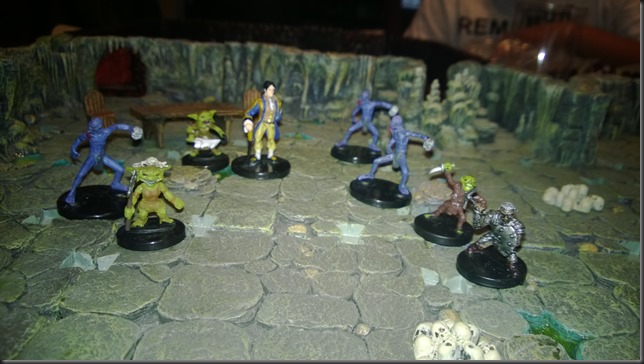 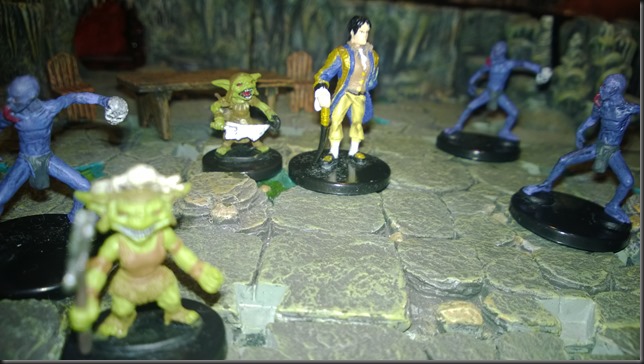 And what’s beyond that cave mouth? 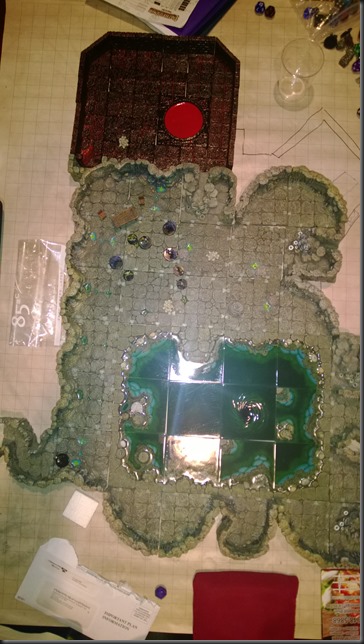 Overview of the layout. Mixtures of the resin Caverns sets and the Chamber of Sorrows from DF’s KS 1. 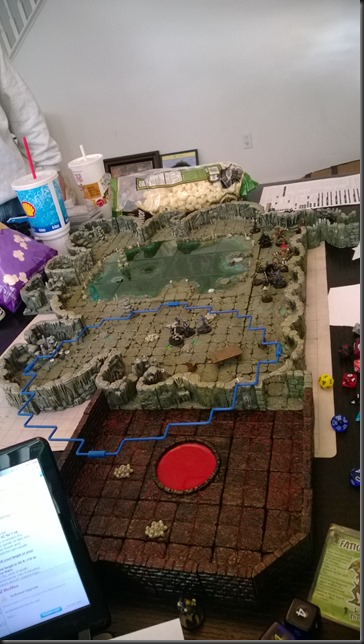