An introductory Hackmaster adventure I wrote for a FLGS game day.

I first laid out the dungeon using pfwork’s TileSystem program, then used that as a guide for the pieces to bring. 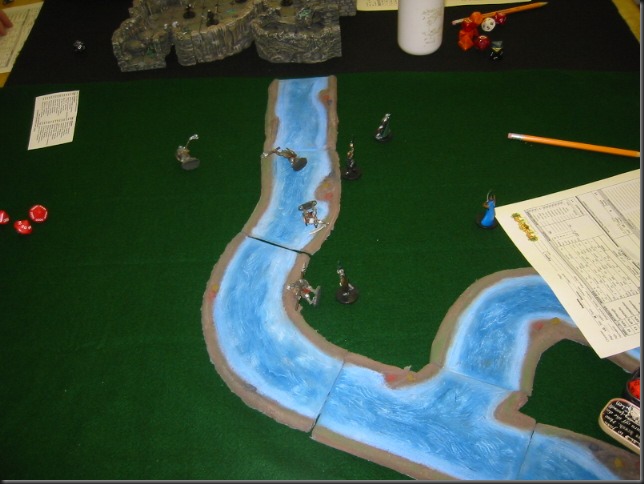 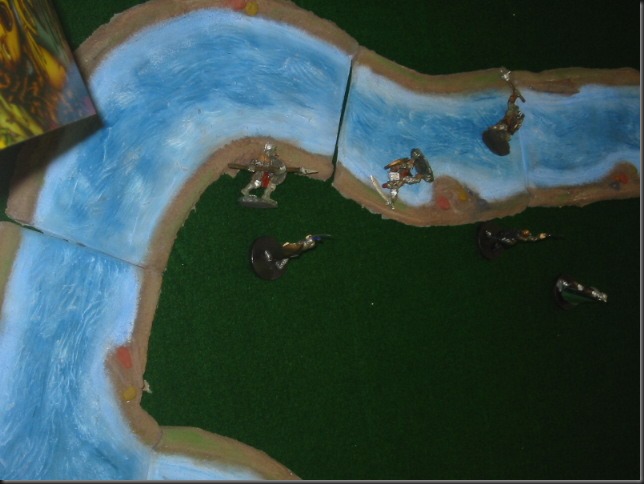 Second set, the PCs face off against the Orc chieftain and his remaining bodyguards (very reduced in number as the PCs arrive shortly after a failed coup attempt).

“The Orcs are defeated. The Chieftain and his followers are now dead and the immediate threat to Riversbend vanquished! Even the unexpected appearance of a shaman at the Chieftain’s side proved insufficient to overcome your battlemight!
Yet, even as the enemies are overcome – and perhaps even more so, a strange unease fills your hearts. Almost as one, you turn and instinctively look towards the hidden door from whence the leaders entered…

At your approach, this door – if it may be called such, has been so finely worked that were it have remain closed, it would have appeared just as the remainder of the wall! But now it stands open – and just beyond it, an eerie glow of red light emanates.

Peering within, the chamber beyond this secret door appears much different than the rest of the natural cave system – for it is worked to an astonishing degree. Tiles of ebony stone cover the floors, walls, and even ceiling! Along the walls, torches are crowned with unflickering red flames. And centered on the far wall, an altar of dull brass stained crimson with the blood of countless victims through the ages…” 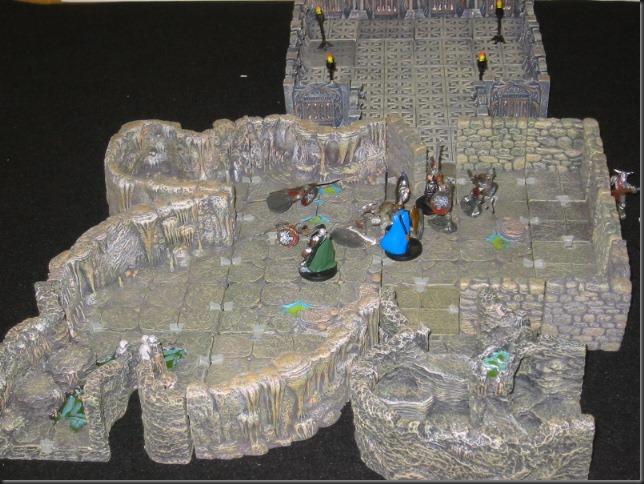 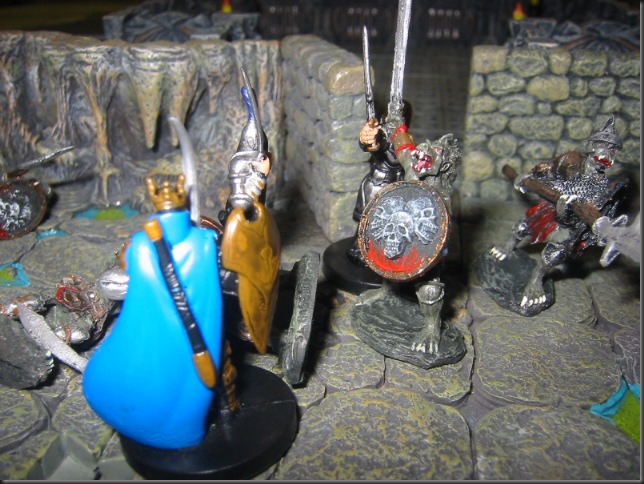 These last few pictures are what the TileSystem map came up with; I didn’t have enough time to set up the whole dungeon, so had just put together the final portion. 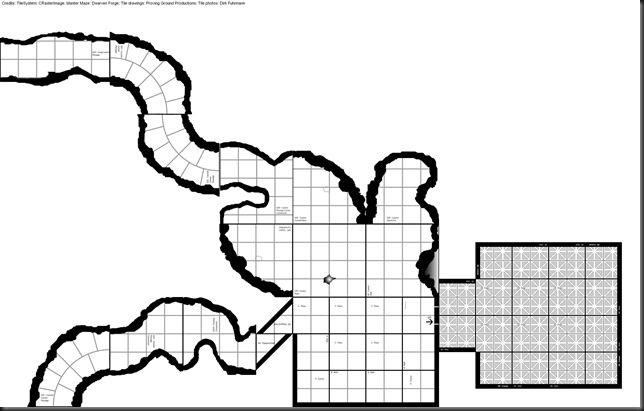 (Zoomed in view of the last room on the far right) 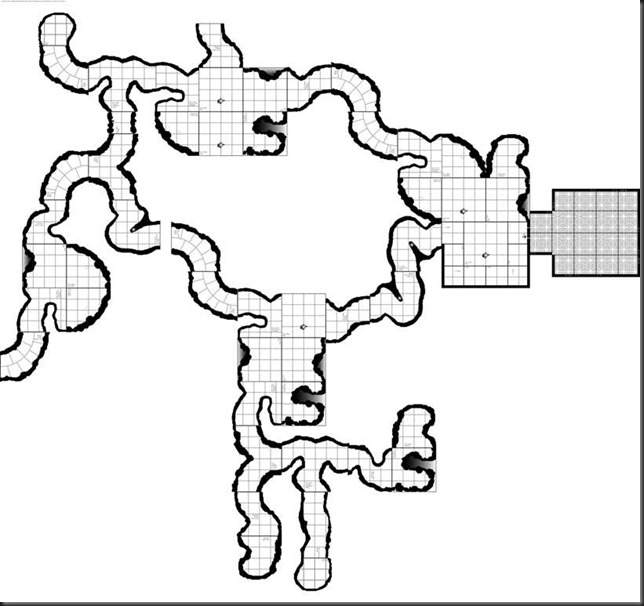 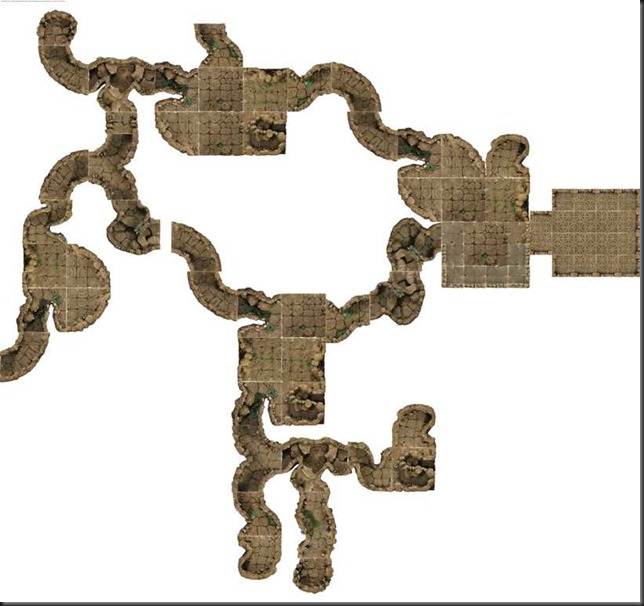 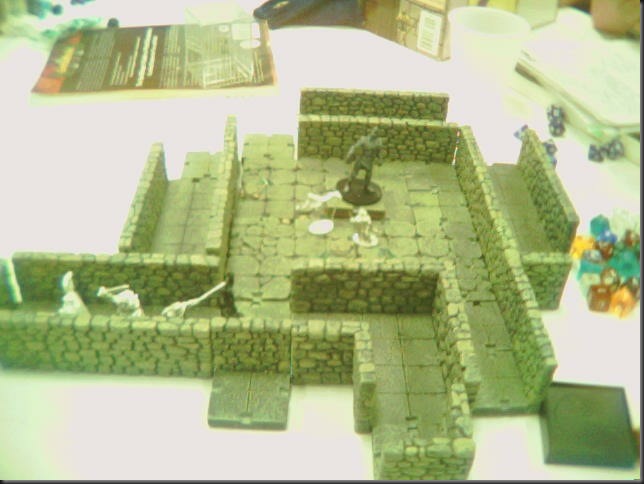 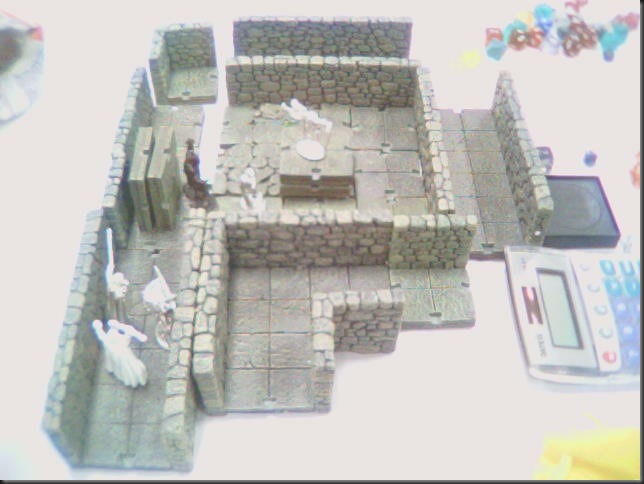