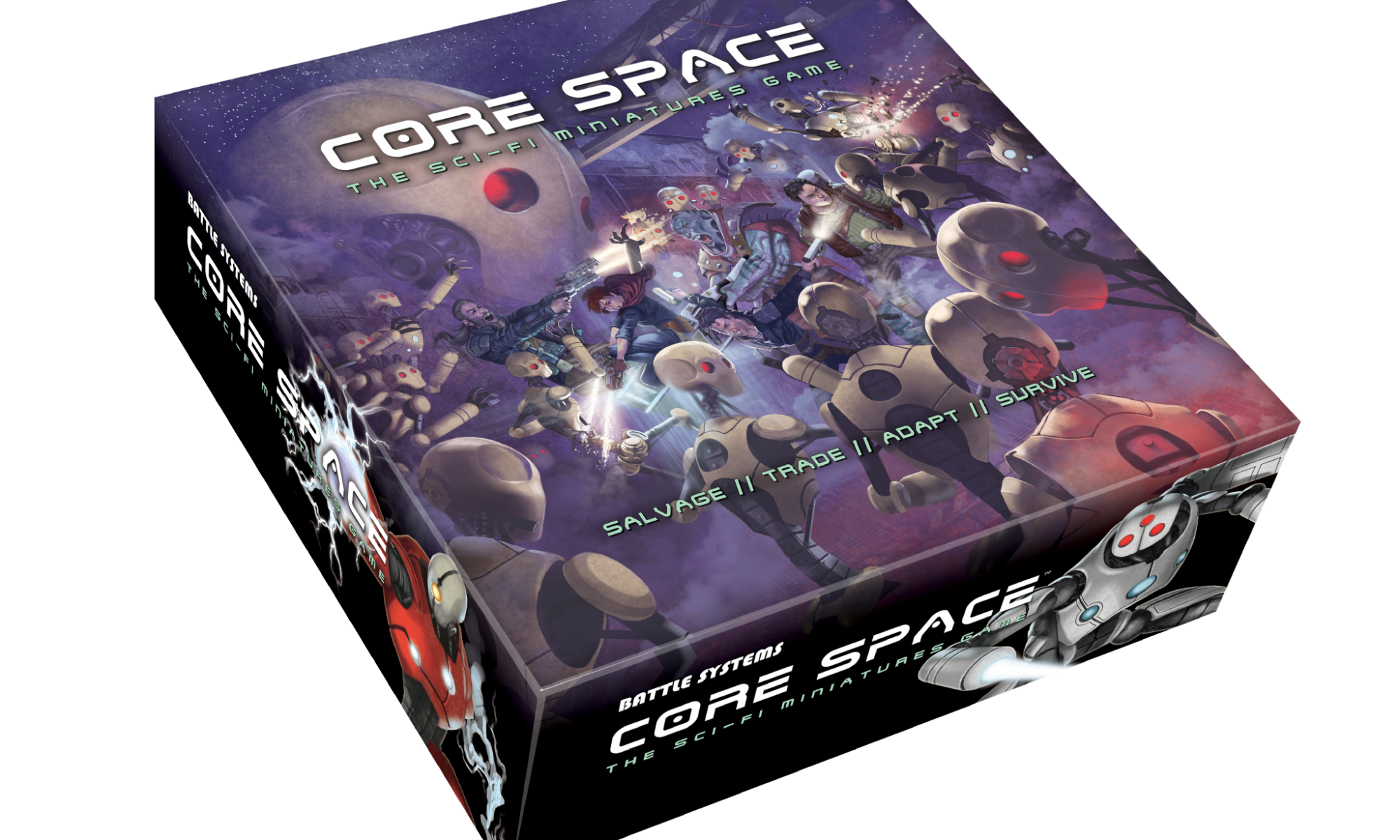 Core Space is a board game developed and published by Battle Systems. I’ve been a backer of their various Kickstarters for great 3D cardboard terrain over the past few years, and have been very pleased with their products.

As gamers, they decided to create some rules to use for a miniatures game of their own design. Core Space was the result of that, and they have also just completed the 2nd Kickstarter for another introductory box / expansion to the main game called Core Space: First Born. It is a co-operative / semi-cooperative game that has the feeling of Firefly mixed with Clank. Players can team up or compete or switch back and forth through the game.

I got the Core Space board game last year, but hadn’t had a chance to play it. I opened it up last week and tried giving it a spin playing solo to familiarize myself with the rules. I don’t paint, so decided to reskin the setting as the Outer Rim in Star Wars so I could use my ton of pre-painted Star Wars minis.

The set-up was pretty quick as the grey plastic clips are much easier to use than the original Battle Systems design of the ramps for the walls. It also looks cleaner and definitely easier to store.

Since this was going to be a solo play through, I decided to basically use the Salvage Run sample mission, but use an Example map from the Deluxe Rulebook as well as add on a second level. And since I already had my Galactic Terrain prepared, decided to use that instead of the included Cyberpunk Terrain that comes with the Core Space Starter Set.