I’ve been going through my old Dwarven Forge posts on the forums and remembered that a lot of the old pictures were deleted during a software error around 3 years ago. I have many of them still, so decided to repost them to my blog for future interest. This was also incentive for me to go through my old pictures and files to clean up my hard drive and organize.

My first real use of the Dwarven Forge stuff in my home D&D game. I didn’t have enough floor pieces to really re-create the large cavern, so I used the battlemat as the base and the DF stuff for walls and a raised area.

This was for our first and longest running D&D 3.0 game – the Frozen North. They PCs had ended up in Wallachia, Ravenloft, after tracking down the “funny man” – a Vampire that was kidnapping children. He lived in a cavern that was made of pourous volcanic rock. His “coffin” was inside the raised porous rock, and when reduced to 0 hp and turned into gaseous form, he retreated under it, making it quite an ordeal for them to get to his body before he regenerates. 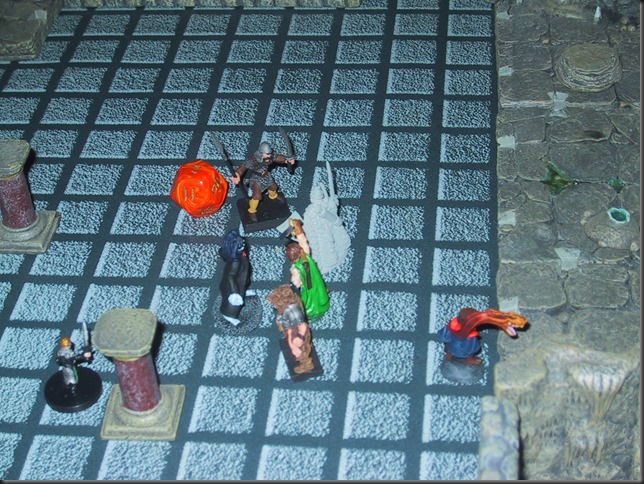 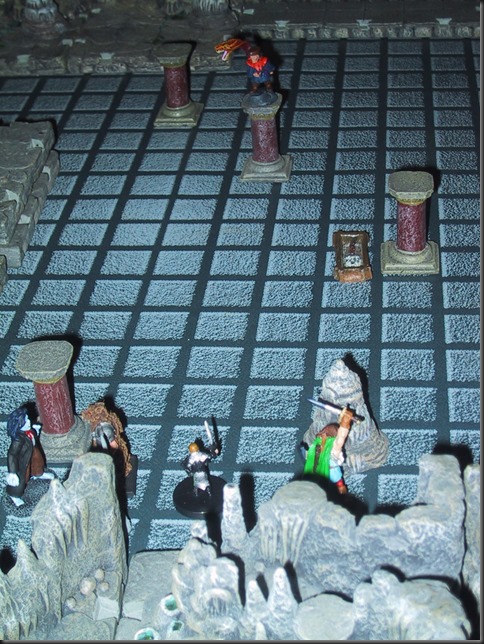 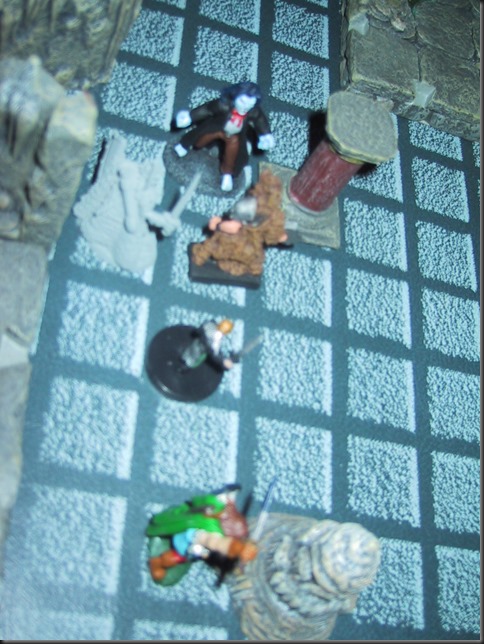 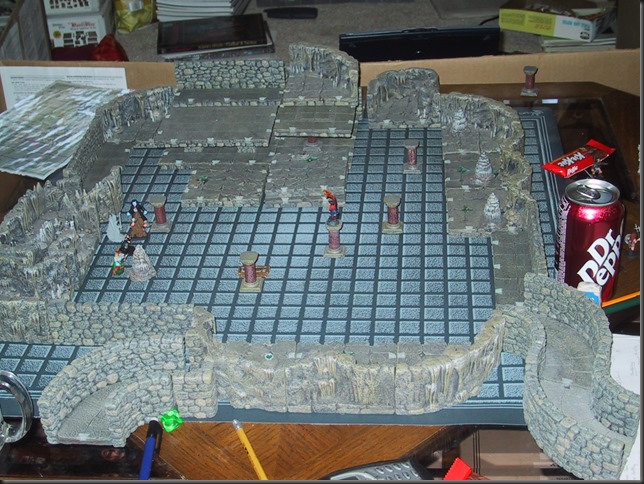 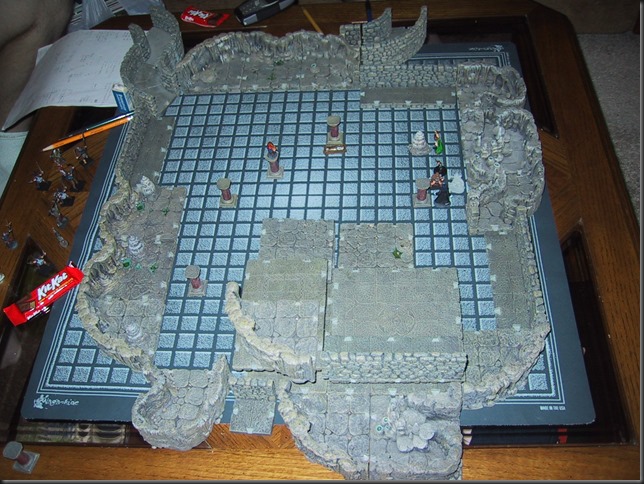 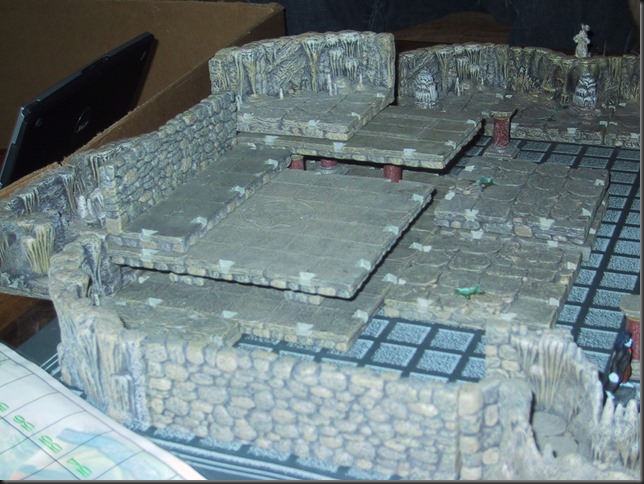