The build on the terrain tray next to the lid. 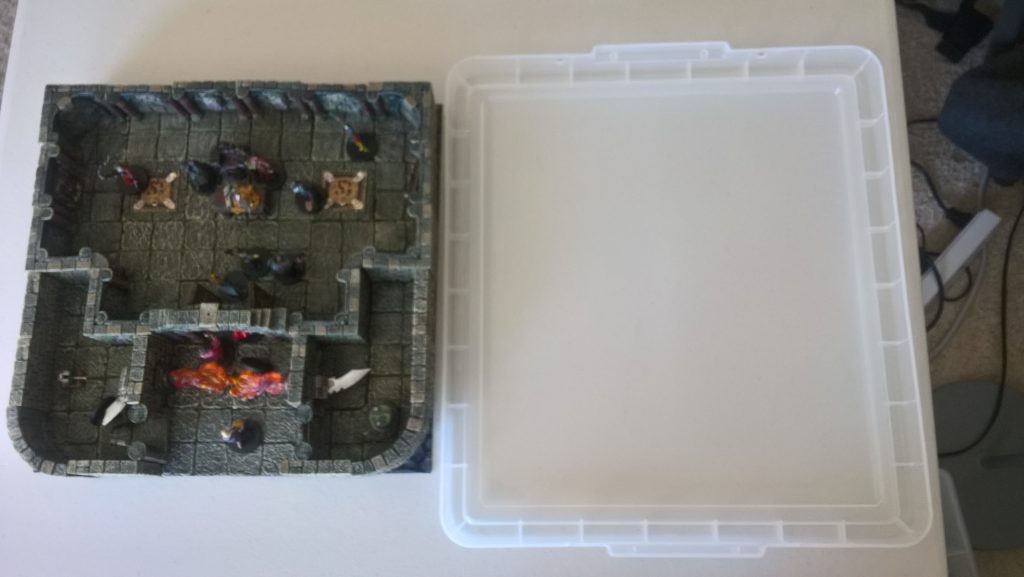 Placed onto the lid.

These next picture are close-ups of where the fabric is lifted up a bit by the ridge that runs alongside the edge of the lid – just enough to displace the rounded corners. 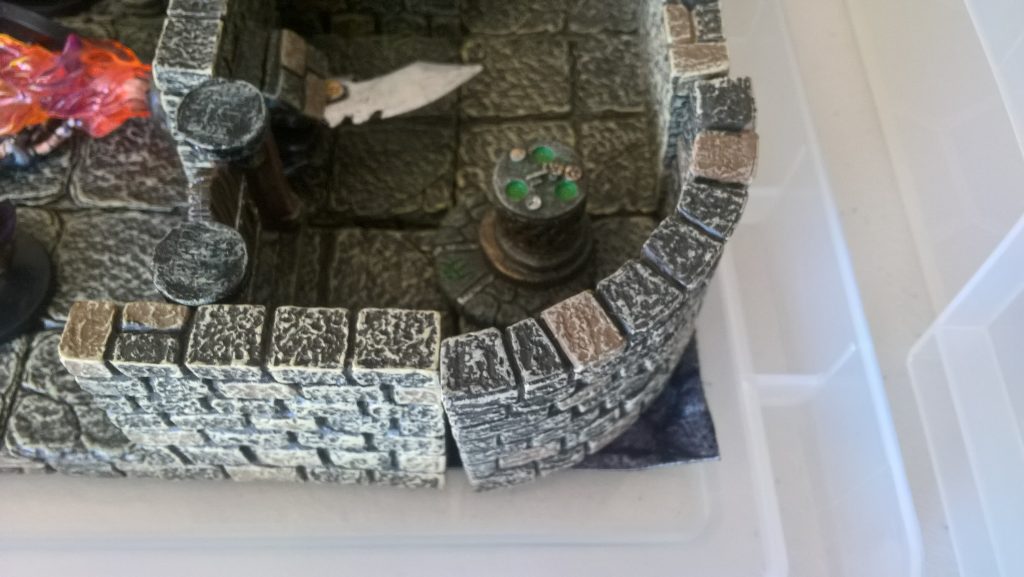 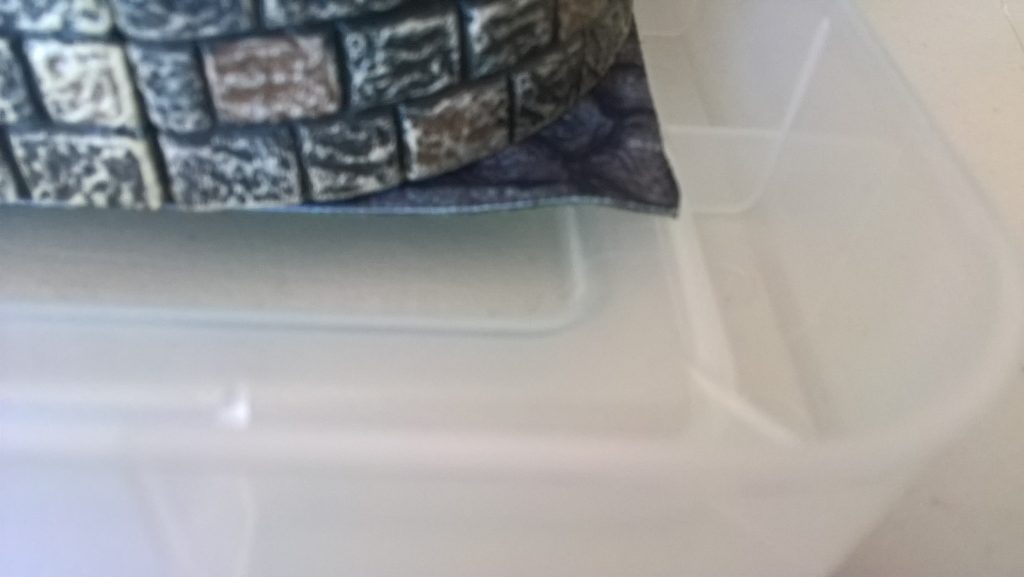 Looks like it fits great here, with the “bottom” closing fairly securely! 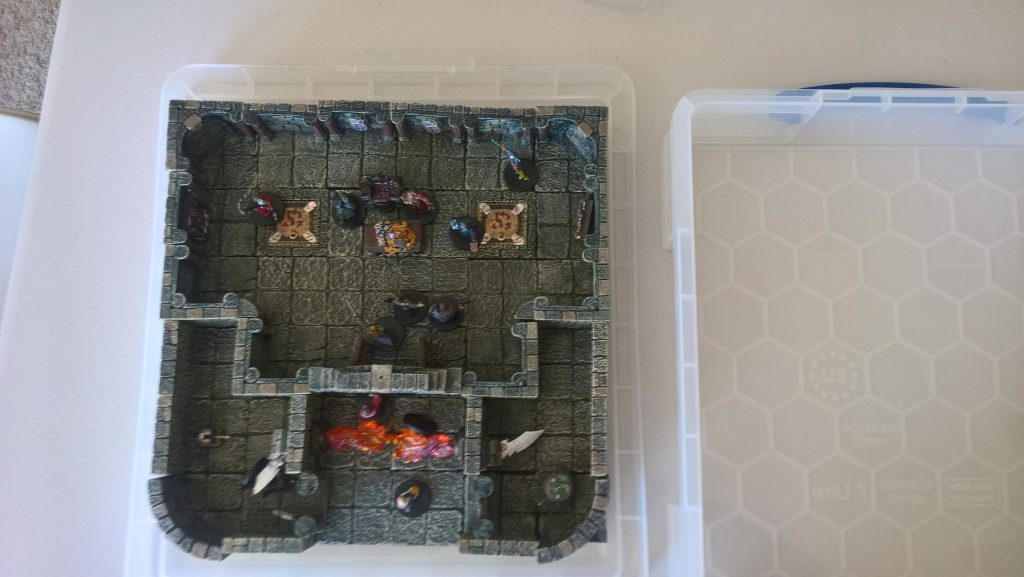 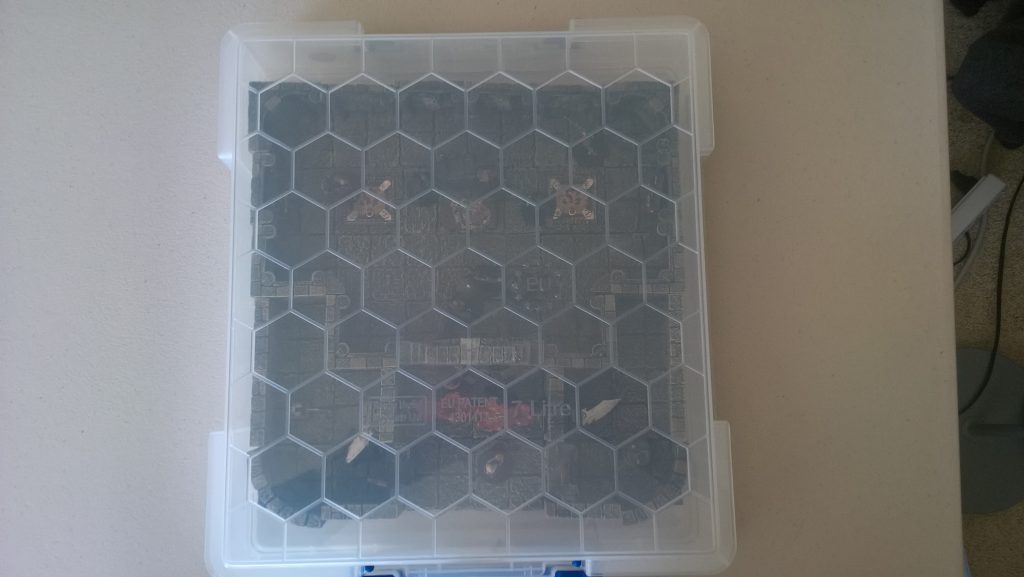 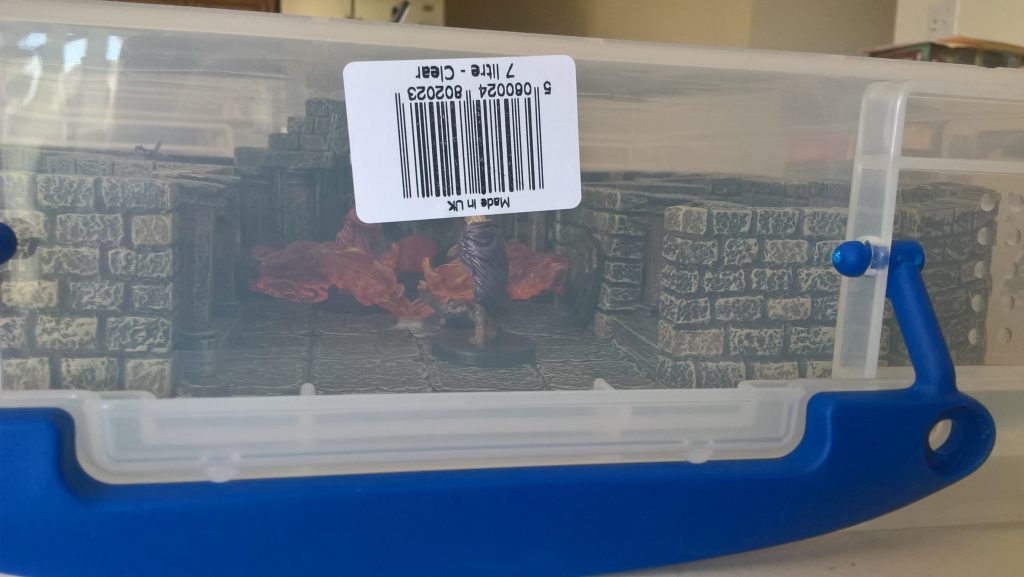 So, the next question I had was how securely would the magnetic pieces stay on the terrain tray, even when turned “upside-down”? 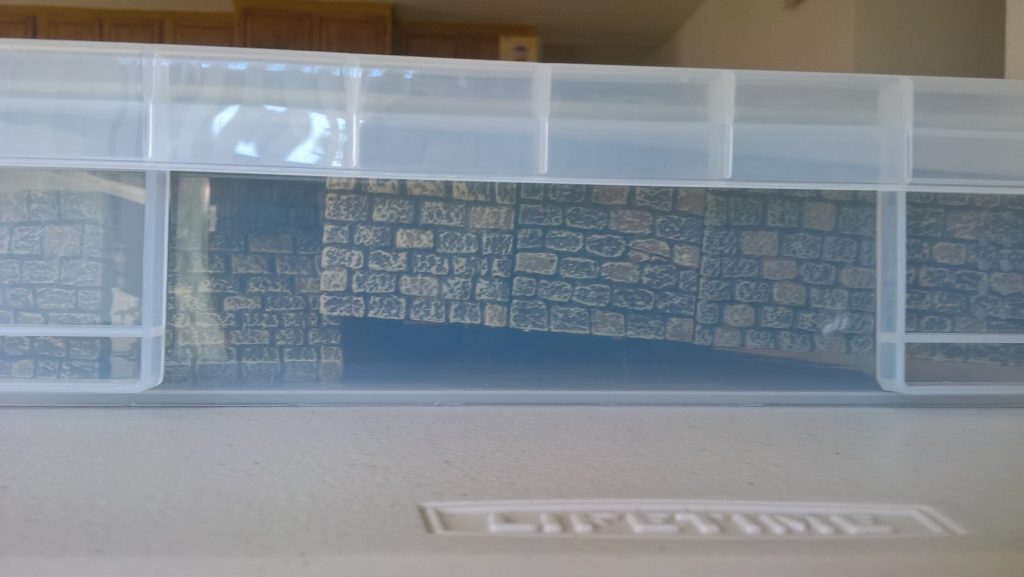 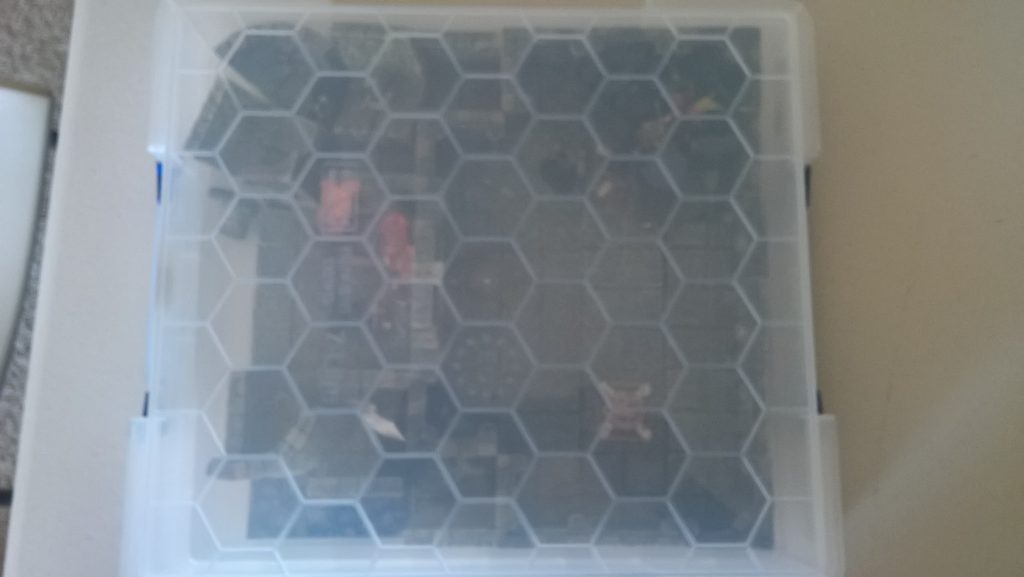 Looks pretty good! A few pieces came off – mostly where the fabric was pushed up by the ridge, weakening the magnetic field (and the rounded corners at the bottom are from the first Kickstarter, so don’t have magnets in the base). 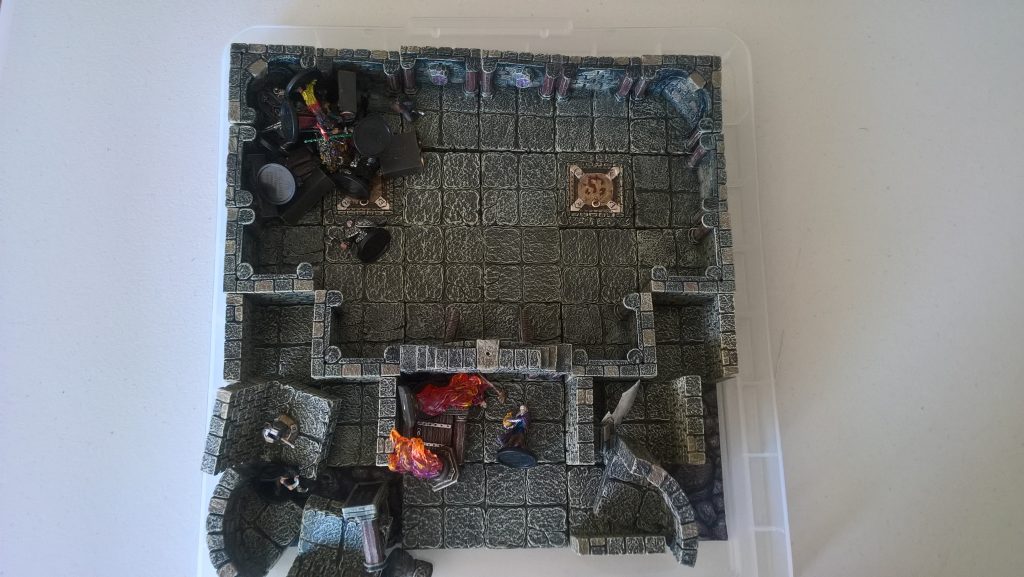 And I flipped it one more time, and shook it around a bit, and still held up pretty well! 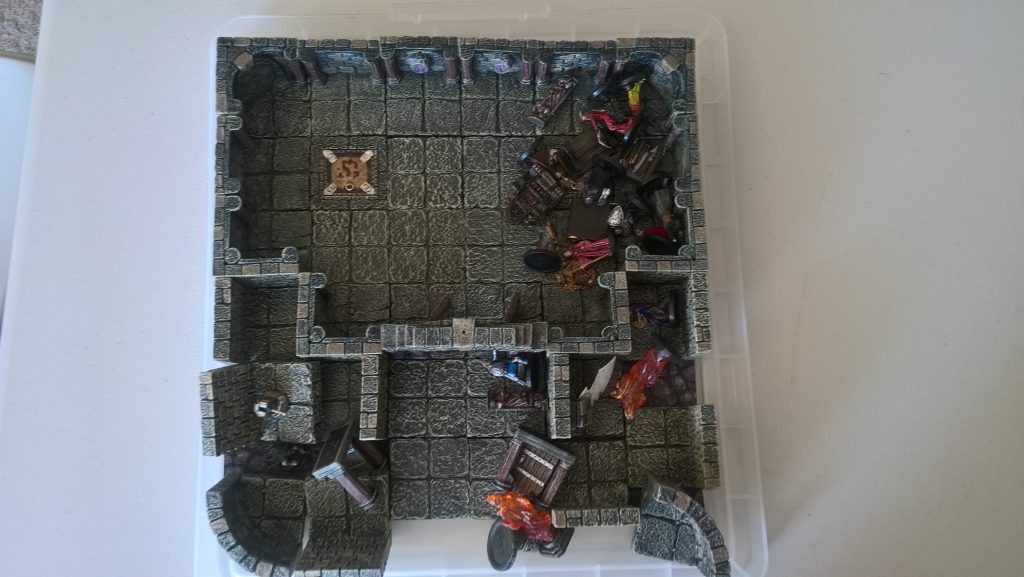 Here it is stacked on top of another 7-litre box, both with the lid down. 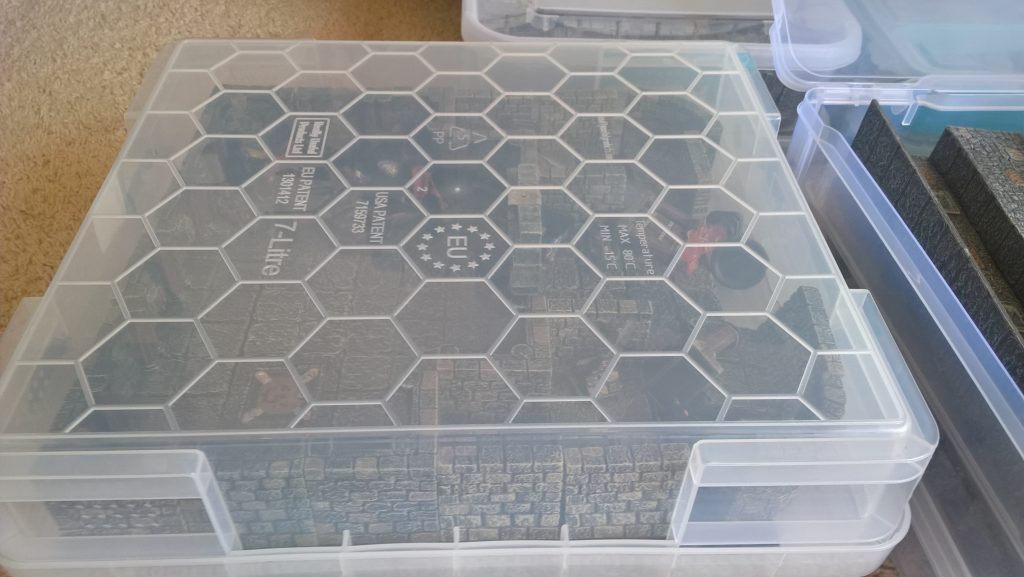