After dealing with the deadly denizens dwelling atop Thistletop, the heroes took a trip to Magnimar to purchase some equipment. There, they learn about a rash of murders – mostly of wealthy businessmen, that are wagging the tongues of the cityfolk. The theories of who is behind the killings range from underworld deals gone bad, to the followers of justice bringing home judgment on those who would trample on the poor.

i.     The heroes return to Sandpoint and meet with the leadership and tell them about Nualia, and how she was still alive and behind the goblin raids.

1.     They were requested to keep that secret, for Father Tobyn’s sake

ii.     They warned them about Orik and Lyrie

1.     Titus said good idea and wanted to give plaque

3.     Titus said funds are low, especially with Glassworks down.

iv.     Sheriff Hemlock requested them take Tsuto to Magnimar for trial when they go.

1.     They secure him (borrowing broken chainmail and locked gauntlets from Savah).

i.     They meet Katrine and Shayliss again, as they buy manacles at the general store.

1.     Shayliss is still upset at Vaelmorn as she tells Camla to beware of his traveling companion, since the elf obviously likes boys

ii.     They get scrolls and spellbook evaluated by Vorvashali

iii.     He is able to tell them that hair, fingernail, etc. can be used for scrying.

iv.     They confirm that the pearl earring Lyrie had likely belongs to Tsuto

ii.     At the city, they deliver Tsuto to Ironbriar – a tall pale elf who is one of the city’s Justices.

1.     They also are introduced to a Lady Xanen (human woman with a hint of a foreign accent) who is brought in as a prosecuting attorney.

2.   They tell the pair about Tsuto’s crimes as well as their deeds in rooting out Nualia and protecting Sandpoint. They explain that as the prosecuting team, they need many details of what had happened. The heroes enthusiastically revel in their heroics – blissfully unaware that they are sharing all of their tactical details with the masterminds behind the next set of troubles.

iii.     After brainstorming with Justice Ironbriar and Lady Xanen, they spend some time in the city to purchase supplies and equipment. They also hear rumors about killings that have been taking place in the city. The opinions of the murders are diverse, as most of the dead are bankers and rich merchant.

1.     Rumors abound of it being a cult of those freeing the oppressed?

2.     Or vengeance from a spurned business man?

iv.     Vaalmorn spends substantial money to purchase a pair of riding bats. The bats and his use of levitation become a primary mode of transportation for the group.

i.     Vaelmorn uses the bats to fly Ameiko back to Sandpoint, where he sees a commotion at the Sawmill

1.     Vaelmorn returns to retrieve the rest of the group from Magnimar and they return post-haste

ii.     Upon their arrival back at Sandpoint, they are met by Sheriff Hemlock, who tells them about murders that have recently occurred in and around Sandpoint. The bodies of Harker, one of the Sawmill’s employees was found mutilated the day prior. With him, was the body of Katrine!

1.     Hemlock also passes on a piece of parchment that was pinned to the sleeve of Harker’s shirt; it is addressed to Gragdar! Hemlock says that he has Ibor Thorn, the other miller who discovered the body in the holding cells; in addition, Katrine’s overprotective father – Ven Vinder was in another cell after flying into a rage upon hearing of his eldest daughter’s death.

2.     Hemlock then tells them that there were three more mutilated bodies found at an abandoned outlying barn a few days prior. The three men were identified by a letter carried by one of the men; men well known to the Sherriff as notorious con men, swindlers, and local troublemakers.  The bodies were found when a patrol along the Lost Coast Road was attacked by a lone sick and insane man who was frothing at the mouth and clothed in blood-caked garments. After easily subduing the man, the patrol discovered the bodies.

ii.  With multiple gruesome murders, the Heroes of Sandpoint gladly agree to help. They begin searching for clues:

1.   They examine the bodies of the 3 men from the barn kept in the basement of the Garrison. The bodies had all been horribly mutilated with what appear to be claw marks; prominently, each has the seven-pointed star carved on them and face and jaw removed. Hemlock said he wasn’t surprised that they had met their deaths as it was only a matter of time, but he tells them the method of mutilation was identical to Harker. They insane man found by the patrol – a local Varisian thug named Grayst Sevilla was taken to a sanatorium located half a day south of Sandpoint.

2.   They then interview Ibor, and find out that Harker was cooking the books and skimming money from the mill. He implicates the Scarnetti family 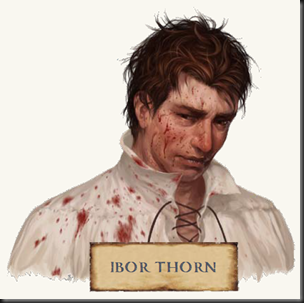 3.    They interview Ven without getting much information from the grieving father and ask to speak to his family.

b.     They suspect Shayliss but don’t find anything amiss.

3.     They also speak with a Maester Grump – a local farmer who had just come to Sandpoint with tale about walking scarecrows that were killing farmers! They get the location of the Hambley farm and promise to look into it, although Sheriff Hemlock worries that the moonshine on Grump’s breath is only dulling memories of a grim situation. 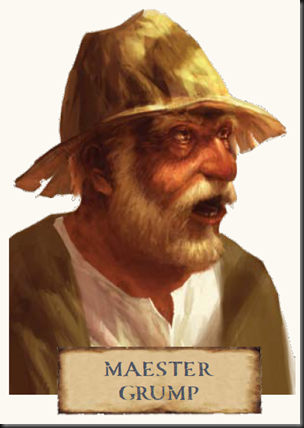 iii.     After meeting with the various individuals, the heroes make their way to the sawmill at the edge of Sandpoint. Keeping a small crowd at bay are a pair of guards.

1.     They recognize one of the guards as Orik! The man who they let go from Thistletop! Vaelmorn is apoplectic!

a.     Orik says he was looking for a job after leaving and headed to the town.

b.     He said he had previously gone through Sandpoint and liked it, as well as the friendly people.

2.     Inside they discover Harker and Katrine’s body.

a.     They immediately recognize the seven pointed star carved into Harker’s chest – the sihedron. He too was missing his lower jaw. Katrine however, appeared to have died by way of the sawmill’s saw.

3.     They note the claw marks on Harker’s body as well as rotten flesh on an axe next to Katrine’s body.

1.     On way to the Hambley farm where Maester Grump told them the walking scarecrows orginated, they group stops by the abandonded barn where the trio of bodies were found, but they don’t find anything of note.

2.     Arriving at the Hambley farmstead, they begin making their way to the main house, when suddenly, one of the scarecrows leaps free of its bindings and attacks! They destroy it, but find it to be a ghoul dressed up in farmer’s clothing.

3.     They retreat and return riding on the giant bats, acid splashing all the rest of the moving scarecrows in the field. 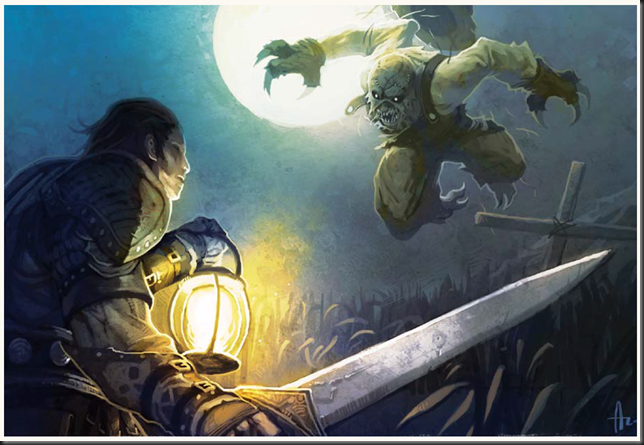 4.     Landing on the one building, they see the ghouls inside.

a.     This leads to a fierce battle, but they eventually destroy the remaining ghouls – including ones that look like they were once  female as well as children. 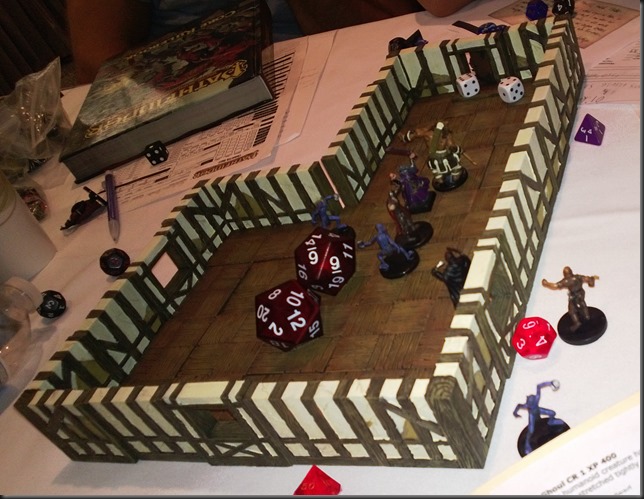 b.   On one of the ghouls, they find an iron key hanging on a leather cord around his neck; the key bears a heraldic symbol of a curious flower surrounded by thorns. Derik recognizes it as the Foxglove family crest, whose estate is located on the coast a few miles west of the farm.

c.  In addition, a body with the now-familiar mutilations lays in the farmhouse’s kitchen – even through the decay and the swarming flies, the sihedron is plainly visible carved into the chest, as well a scrap of parchment pinned to the tunic, and addressed to Gragdar.

[This was the session which started part 2 of the Rise of the Runelords Adventure Path, The Skinsaw Murders.] 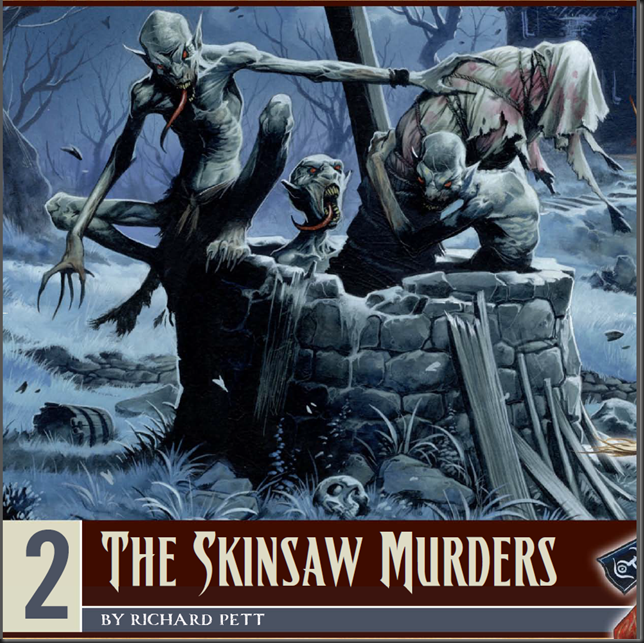