On the lowest level of Thistletop, the heroes found Nualia – the woman who had united the goblin tribes in their common purpose. After a harrowing battle with her, they defeated her, only to find the memories of her haunted life flooding into their souls. Saddened at the loss, they nevertheless pressed forward, and discovered that she was far from the only source of danger in these ancient ruins…

i.     The group returned back up to the other side of the bridge to recuperate after the battle with Nualia, taking her head with them. Among several notes and journals found with the body, they learn that Nualia planned to lead a goblin army to raze Sandpoint to the ground as a burnt offering to Lmashtu; her reward would be full transformation of her body into the fullness of a fiend – her arm of which was just the beginning. And the sacrifice of lives would fuel a “runewell” in the catacombs beneath the town! While they didn’t detail was how it worked, but cautioned that it not overextend the runewell’s stores, lest it be deactivated.

ii.   They attempt to question the captive Lyrie about the runewell without success.

1.     Vaelmorn finds that Lyrie’s cat had partially bit through the ties, and uses it as blackmail to interrogate her. When she refuses, he kills it.

3.    Derrik jumps over bridge and rescues her! “Everyone’s redeemable.”

4.  After seeing the length at which the Paladin would risk his life for a captured hostage, Derrik and Gragdar relent to the others and allow her to be taken into custody.

1.    Returning to the underground base, they find a secret doors leading to a trio of rooms. The first held is a barren room with an upraised dial and a marble throne flanked by statues of a man clutching a blook and a glaive. A ghostly figure seems to be seated in the throne – the same man as the statue. He seems to be addressing an audience as he moves about, his fingers decoradted with hooked rings. Camla makes out his words to be ancient Thassilonian, repeating the same message over and over: “… is upon us, but I command you remain. Witness my power, how Alaznist’s petty wrath is but a flash compared to my strength. Take my final work to your graves, and let its memory be the last thing you…”. They determine it is an illusion and continue.

2.  The second room contains 3 low tables covered with drills, saws, knives, and other tools. Near one of the tables, a mish-mashed collection of bones.

3.  They enter into the third room, with no signs of magic nor evil detected and are ambushed by a wolf-demon of enormous size! The creatured mauls several of the heroes who were determined to bring it low. Until Camla, recognizing it as a Greater Barghest, screams out the danger to his companions. The bloody skeleton of Koruvus once again provides distraction as the heroes attempt to flee the room in terror and engage it from outside. The barghest proves to be trapped in the room, but rends the fleeing interlopers – who only managed to survive with the faith and blessings of Camla and Derik. From the doorway, a poisoned javelin strikes it square in the chest, but is not quite able to penetrate the thick hides of the foul beast. They stab at it with the recovered ranseur, but it quickly sunders the ancient weapon. The creature then attempted to use its charms to lure in Vaelmorn, which the drow narrowly shakes off. Finally, the power of Derrik’s faith brought low the creature with arrows that suck deep into the maw of the ravenous barghest. 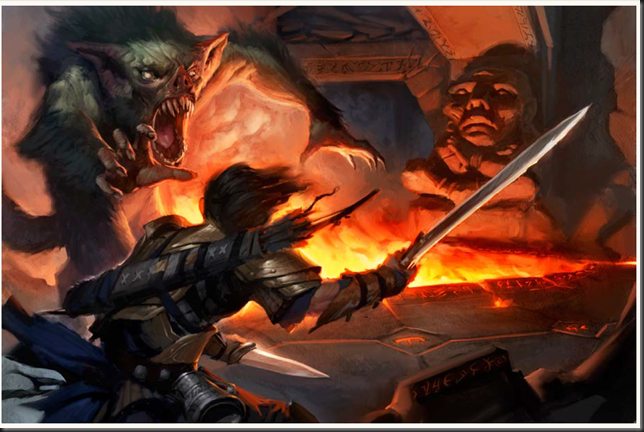 A wolf-demon of enormous power! 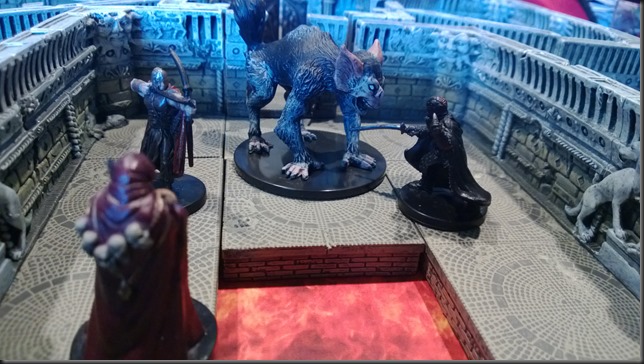 iii.     Exploring the rest of the subfloors, they encounter the undead shadows of the architects left behind to guard their creation.

1.     A judicious use of magic allowed them to overcome the non-corporeal creatures; Gragdar’s magic weapon spell on Derrik’s bow alloed them to save Shalelu from one of the shadows.

2.  During the battle, Gragdar takes command of one of the shadows. 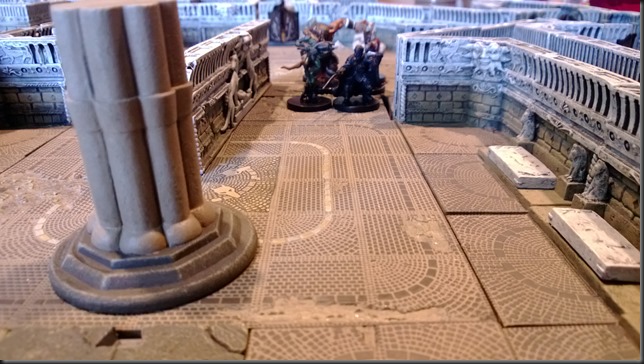 A room hidden behind an entire wall that revolved to reveal the sarcophagi of the architects! And one guarded by their undead spirits! 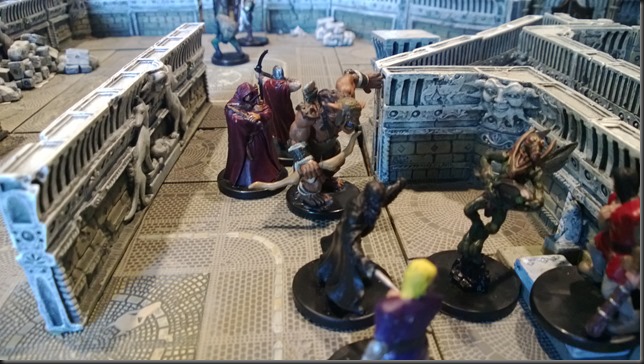 1.     It explores the last basement room which it partially flooded. A giant crab was hiding in the water which the shadow quickly rendered powerless.

2.     They take the treasures from the room and guide the shadow back up to the midlevel to kill the strange tentacled squid-like creature living in one of the caves.

3.     They then command it back to the Thistle hedge to kill the creature that the goblins feared at the bottom of the “Howling Hole”. 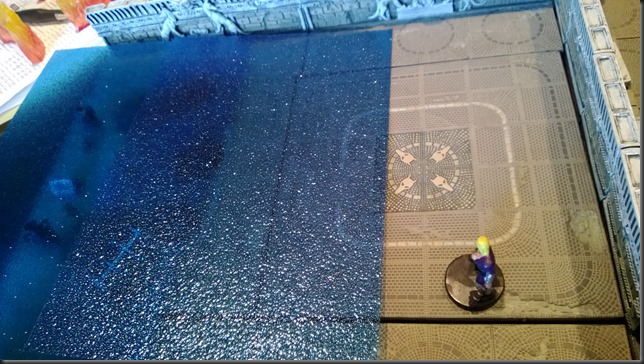 And the treasury, partly flooded… unguarded, or so it seemed… 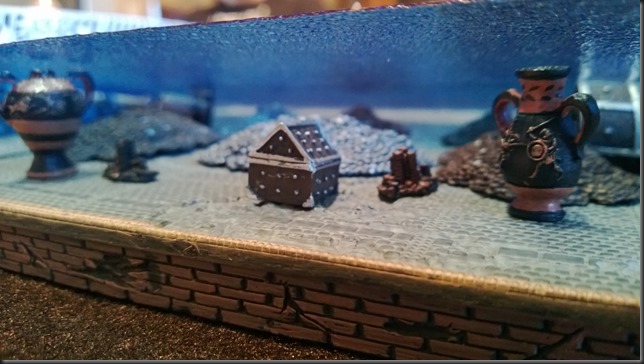 (An overview of the layout – note, I took some liberties with the official map.) 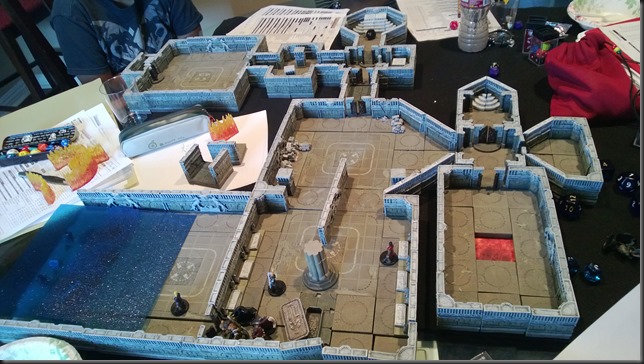