i.     Vaelmorn and Camla leapt into the top floor through an open doorway. As they did so, a demon appeared in a cloud of smoke and lightning, accompanied by the smell of pungent sulfur. 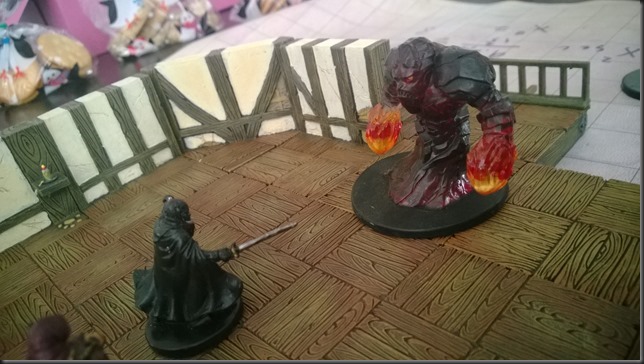 ii.    Seeing the fight, the others followed in on the second bat, but Derrik was suspicious and stayed out of combat, instead spending 3 rounds detecting evil. It paid off as he realized that the demon was just an illusion! And the true source of evil was just behind them! Just as the Paladin tried to warn his companions… 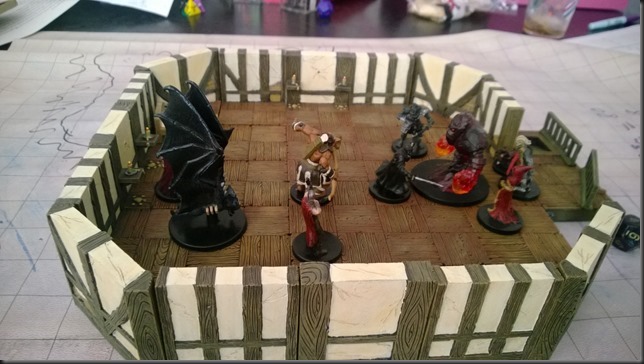 iii.     The other demoic being cast off her clock of invisibility – a woman from the waist up, and a large snake below; Xanesha as she was known attacked Camla from behind, the devastating blow almost killing the man outright. 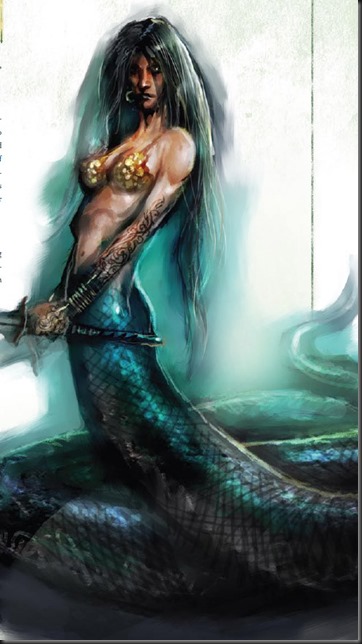 iv.     The group shifted their attention to her. Gragdar’s undead hosts bore the brunt of her deadly spear attacks, giving the others time to reform battle lines. 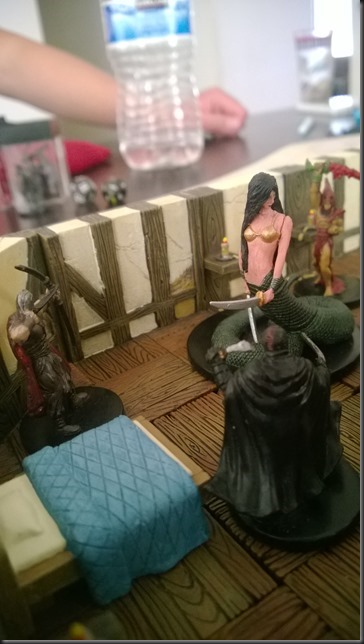 v.     A decisive use of the Blindness spell by Gragdar allowed them to finally close and surround Xanesha without provoking the deadly attacks of opportunity, even though she was able to remove Blindness on her next action. 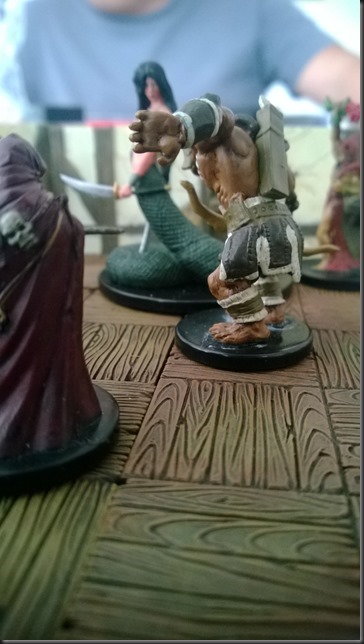 vi.    Lots of magical summons and Xanesha was trapped; boxed in by the confines of the small tower made her unable to use her spear. The naga resorted to the use of powerful magics, with particular benefit of Scorching Ray, to the chagrin of Vaelmorn. 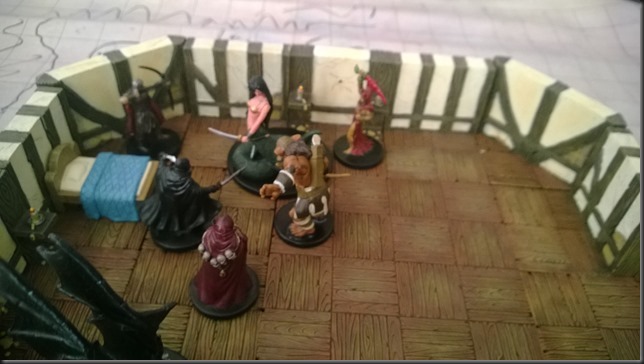 vii.     The heroes eventually succeed in killing her and find in her possession a letter from “Lucrecia”. 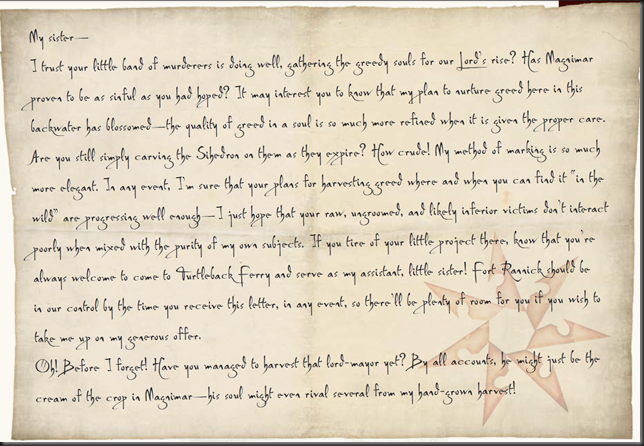 Here’s the overview of the DF layout – as it was just the top floor of a clocktower, I used just the minimul of pieces. This picture is of when Camla and Vaelmorn leaped into the open doorway from atop the flying giant bat. 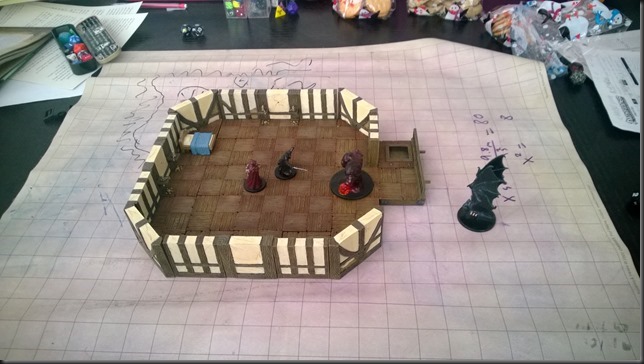 I ran Xanesha as written in the re-released Rise of the Runelords hardback version (Rogue 1). She is the first creature the group has fought with a base 6d12 combat dice; combined with her magical spear and her spellcasting, she was quite a formidable opponent. An illusory deman, and invisible sneak attack on Camla brought down half the group; later, two 8d6 Scorching Ray attacks on Vaelmorn brought the pain.