Here are some pictures from our Star Wars Dawn of Defiance game (Episode IV – Echoes of the Jedi). This shows off the great versatility of DF – using Sci-fi and Return of the Ancient sets as the layout for an abandoned Jedi academy (haunted with creatures tainted by the dark side of the force) and the lower level combining the Caves with Sci-fi sets.

It is a dark time in the galaxy. The Jedi Knights, peaceful guardians of the Old Republic, are all but extinct, exterminated by the Emperor’s sinister agents. But a few Jedi still survive, exiled from the galaxy they once protected and leaving echoes in the Force behind. The Emperor has sensed these remnants and seeks to control them, leaving no chance for future Jedi to arise from the ashes.

Most Jedi stay in hiding, some try to foil the Empire without revealing their existence, and others seek links to their former way of life, risking the wrath of the Emperor in hopes of re-igniting the flame of their ancient order . . . 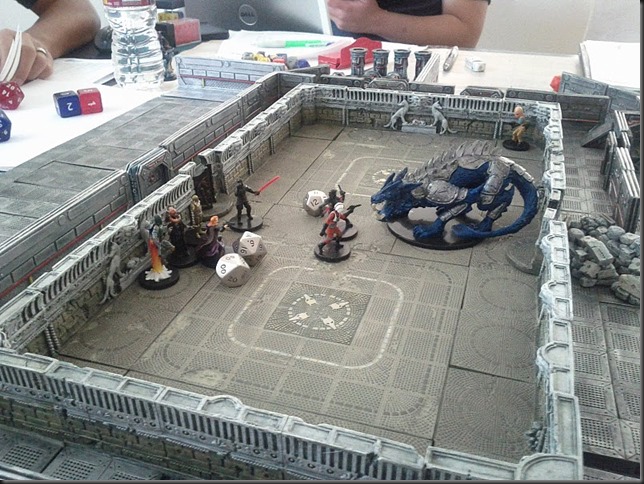 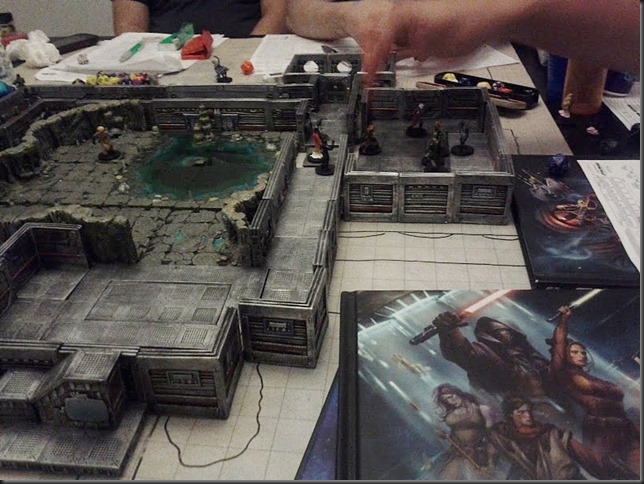