The Dwarven Forge Woodlands set turned out wonderfully for the use as the layout for the Thistle tunnels leading to Thistletop. The PC’s were all understandably scared of squeezing into the mound of nestles, wherein dozens of goblins were hiding.

The group was able to successfully navigate their way through, although Gogmurt proved quite elusive with his special ability to walk through the thistle walls!

Stumbling upon the Birdcruncher tribe: 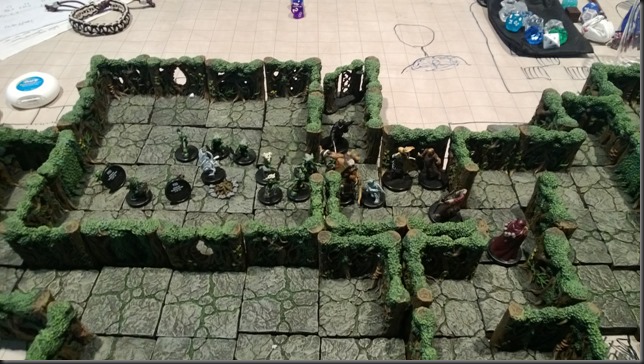 Fighting Gogmurt, as he casts Entangle! 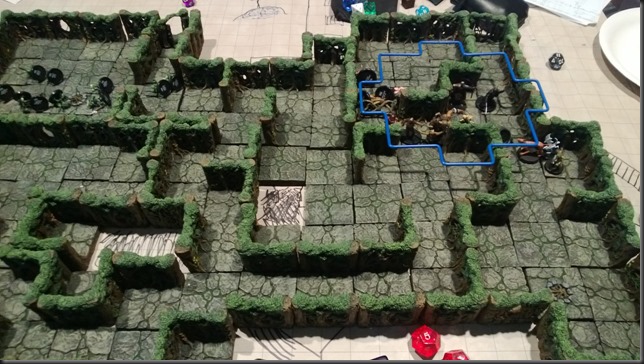 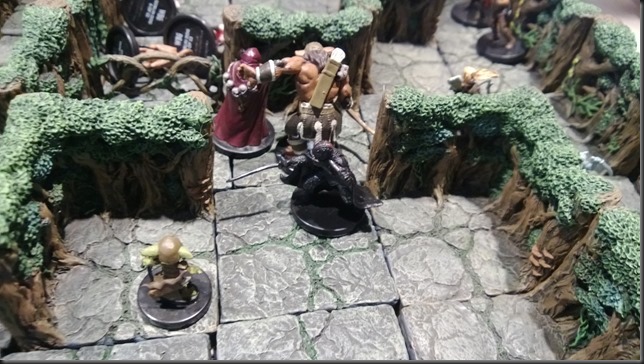 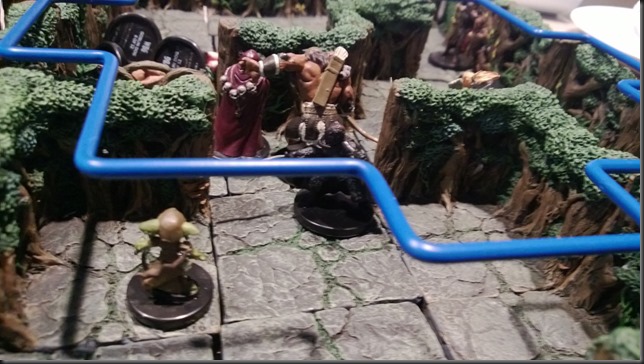 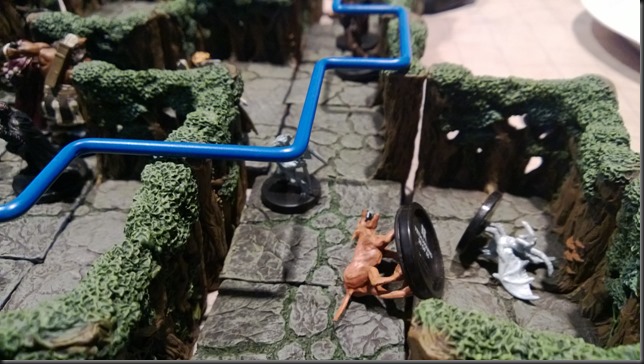 Making the way across the rigged rope bridge, the heroes of Sandpoint arrive at the crumbling keep. There they dispatch the distracted guards, and Warchief Ripnugget’s hosts.

(Unfortunately, I didn’t have enough of my pieces to fully make out the keep, so I didn’t build out the courtyard or outbuildings. So just the front portion, watch towers, and throne room.) 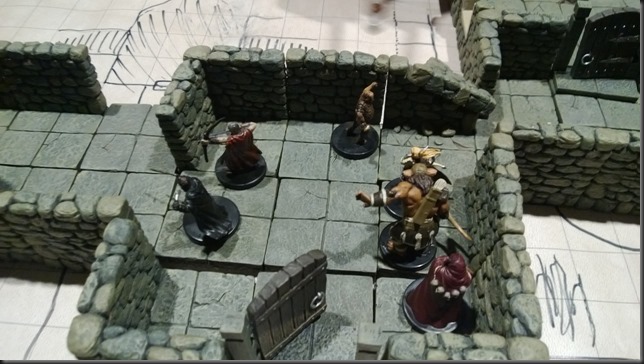 Peeking into the throne room reveals the Warchief astride a giant gecko holding court over his tribe. 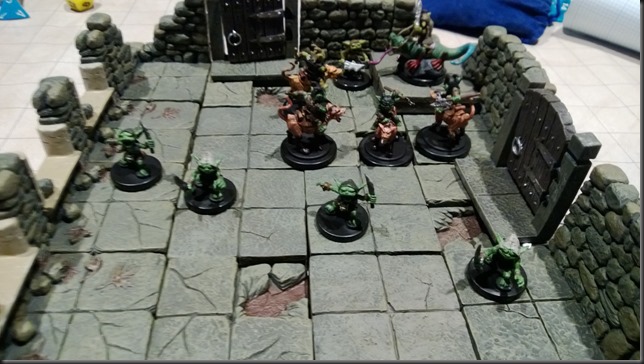 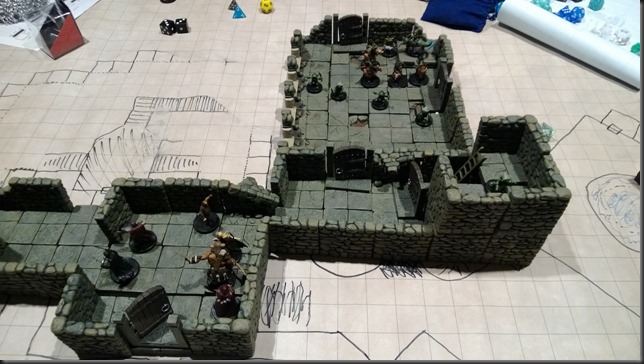 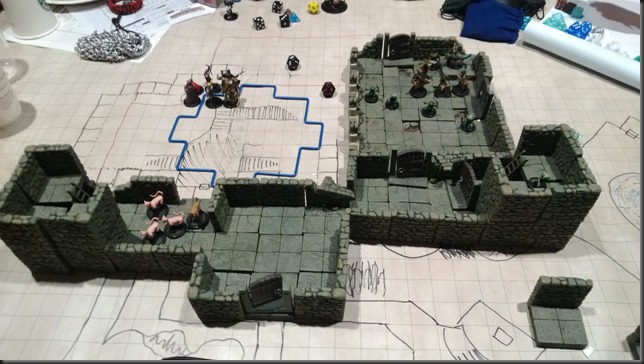